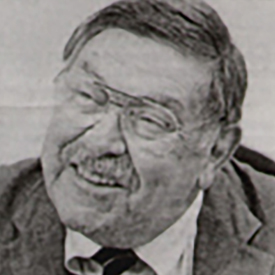 William R. “Ziggy” Coyle was a well-known West High and Columbus musician. He grew up on Nashoba Ave.

Graduating at the young age of 16, Coyle enrolled at The Ohio State University where he graduated in 1948 with a degree in Music Education. While at OSU he was a member of the Marching Band.

He began teaching at Starling Jr. High and then moved to East High School as the Band Director. Due to a serious eye problem, Coyle was exempt from serving military duty. At his graduation dance, he was asked to sit in with the Don Crawford Band and play trumpet. Crawford immediately hired Coyle, and he adopted the nickname “Ziggy” from his favorite trumpeter Ziggy Ellman.

Coyle s love of teaching grew into a business enterprise, and from 1952-1997 he operated several Coyle Music Stores around Columbus, including the Hilltop. Students were took lessons on various instruments, and Coyle instituted a leasing program for individuals and schools. Coyle married Margie Alden, a Central HS graduate, in 1956. They met when she was singing with the Don Crawford Band. They had one son, Jeff. Coyle was the national co-chairman of a campaign to have John Phillip Sousa’s Stars and Stripes recognized by the U.S. Congress as the Official March of the United States of America.