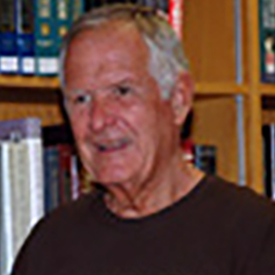 Quiet patriotic duty to his country and his “walk-the-talk” approach concerning his long-term contributions to Hospice and Prison Ministry are highlighted achievements and accomplishments of Wilfred E. Evans.

Will attended Broad Street Elementary, West Junior High, and West High School. At West he was Student Council President and a halfback on the football team.

He was graduated from The Ohio State University in 1954 where he also received his Air Force commission. Evans was called to active duty in March 1955 to attend Flight Training School. He flew many types of aircraft, accruing more than 6,000 flying hours in numerous aircraft that included the B-47, B-52, B-58 Mach 2 Bomber, F-102, KC-135, and the D-Z (Vietnam).

During his Air Force career, Will served numerous assignments including Squadron Commander, Bomb Wing Commander, and Vice-Commander of the Guam Air Division. He was highly decorated receiving over 25 medals for his service and accomplishments including the Legion of Merit, Distinguished Flying Cross, Bronze Star Medal, Meritorious Service Medal, Air Medal with 7 Oak Clusters, and Vietnam Service Medals.

Upon retirement from the Air Force after 26 years of active duty and obtaining the rank of Colonel, Will took a job as general manager of Peach State Cable TV in Hawkinsville, Georgia.

It was during his second career that he began to explore more ways to serve God and God’s people. Subsequently, he and his wife, Carol, purchased a Christian Book Store in Warner Robbins, Georgia, which proved to be a very worthwhile ministry. During this time, he and Carol were instrumental in starting the first hospice facility in Houston County, Georgia, and they served as hospice volunteers – making themselves available on a 24/7 basis to families in need.

While living in Georgia, Will became interested in the Kairos Prison Ministry International organization, an ecumenical ministry that promotes Christianity inside prison walls. He became committed to this ministry and thus began a nearly 20-year journey.

Upon moving to North Carolina in 1997, Will continued his Kairos service at the Pender Correctional Facility in Burgan, N.C. In 2004 he became a member of the Pender Community Resource Council (CRC) which acts as a liaison between the community and the prison.

He is now president of the Pender Development Fund, Inc., the fund raising arm of the CRC. With funding from private sources, construction has begun on a $430,000 Chapel inside the prison. In 2002, and again in 2008, Will was selected as the Pender Correctional Institution Religious Volunteer of the year – the only volunteer to receive this award twice.

Will married Carol “Lucky” Luckshaw, class of June 1950 in 1953, and they have been married for 57 years. They have seven children, 13 grandchildren, and four great grandchildren.

After moving more than 42 times during his military career, they now reside at their “Fun Bunch Beach Home” in North Topsail Beach, North Carolina.