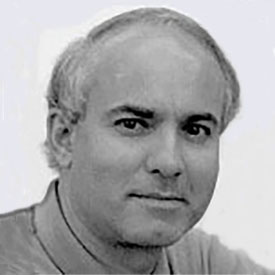 Barely one week after graduation Tim Byron entered The Ohio State University, achieving sophomore status in just three quarters, having carried an average twenty credit hours per quarter. During this time he was employed part time at Lazarus, working in the drug department and later in the record section.

Having a great interest in playing drums with local groups, the latter assignment was “right up his alley.” This being the mid-60 s, Byron was eligible for the draft. He convinced the draft board if they would allow him to complete college, he would enlist in his profession, Podiatric Medicine, which he did in 1971. His degree was earned from The Ohio College of Podiatric Medicine, Western Reserve University, Cleveland, Ohio.

Byron is also a prolific author and lecturer and has held several facultypositions, including being associated as a clinical instructor at The California College of Podiatric Medicine, Residency faculty at the University of California, and Clinical
Associate Professor, University of Osteopathic Medicine and Health Sciences at Des Moines, Iowa.

He has spent over 40 years as a drummer with several musical groups. His relaxation time is spent with a band known as “Dr. Rock,” a group of several doctors and lay persons. Being involved with musical groups since the early ‘80s, Byron plays almost every weekend, stating that the music group is a hobby, and he doesn’t want it to become a job – not doing it just for the money. Performances have included private parties and restaurants, and the American Podiatric Medical Association s inaugural dinner at Disneyland in 1988 before a group of 1500.

Update: Dr. Byron was elected to the Kent State University, College of Podiatric Medicine Hall of Fame for 2013. he was one of thre inductees.