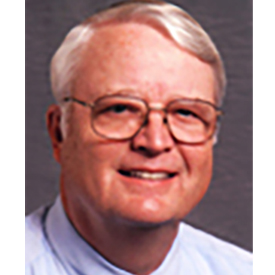 Tom was born and raised on the west side of Columbus, attended West Broad Elementary School and West Junior-Senior High School. He was graduated in 1960 and received the Agonis Scholar-Athlete award for his class.

He attended The Ohio State University, graduating in 1964 with a Bachelor of Science degree. He then entered Medical School at The Ohio State University, was graduated in 1969 and did his internship at the Los Angeles County General Hospital. Tom then entered the United States Navy as a naval flight surgeon and was ultimately stationed at the Naval Station Adak in the Aleutian Islands. After leaving the Navy, Tom completed his surgical training from 1973 to 1979 at Mount Carmel Health in Columbus, Ohio, where he has remained as a member of the staff and surgical faculty.

Tom is board certified in both general surgery and vascular surgery by the American Board of Surgery. He has been in private practice in Columbus in both general and vascular surgery since 1977. He was the chairman of the Executive Committee of the Ohio Heart and Vascular Institute at Mount Carmel in 1990, the chairman of the Clinical Departments of Council in 1998, and president of the medical staff at Mount Camel East and West in 1999. He is currently the director of the Division of Vascular Surgery at Mount Carmel Hospitals.

Dr. Hartranft is deeply involved in postgraduate surgical education and is a clinical assistant professor in the Department of Surgery at The Ohio State University. He was appointed Director of the Surgery Residency Training program at Mount Carmel Health in 1991, graduating 23 surgeons into the community and country. He has been published in both the general surgery and vascular surgery literature and has lectured extensively for students, resident surgeons and the community for the past 30 years. He was the recipient of the 2005 Distinguished Educator Award given by The Ohio State University, and in 2005 was a finalist for the Accreditation Council of Graduate Medical Education (ACGME) Parker J. Palmer Courage to Teach award. The Surgical Residency Training Program at Mount Carmel Health has established the Thomas H. Hartranft, M.D. award in his name for outstanding leadership in surgical education.

Together with his son, Tom spends time farming, raising longhorn cattle and riding cutting horses in competition. Dr. Thomas H. Hartranft is a member of the Xenos Christian Fellowship. He resides in Worthington, Ohio, with his wife of 35 years, Janet Dirmeyer Hartranft. They have three children – Timothy, Scott and Meghan, two grandchildren and one on the way.