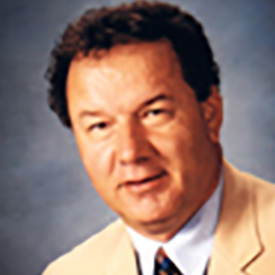 Bob Montgomery, or “Monk,” as he is known to his friends, has been involved with organized sports for the past 47 years. He has enjoyed successful careers as an athlete, a coach and a sports commentator.

Bob began his career in athletics as a member of the JV football team his sophomore year at West High School. He then went on to earn varsity letters in football, wrestling and track as a junior and senior. The highlights of his athletic career as a Cowboy include winning a city championship in the discus, having an undefeated regular season as a heavyweight on the wrestling team and earning a scholarship to play football at Findlay College. He ended his high school career by being voted the Outstanding Male Athlete in the class of 1961.

Bob’s coaching career spanned 20 years from 1965 through 1984. He coached football, wrestling and track at both the high school and college levels. He also coached golf at the high school level. In 1970 he coached the Findlay College track team to an undefeated regular season, and was named Mid-Ohio Conference Coach of the Year. During his coaching career he also served as sectional and district director for OHSAA golf and wrestling tournaments.

He has covered sports as a color commentator for WFIN for the past 35 years, primarily covering Findlay High School football and basketball games. Bob has also covered OHSAA State Championship tournaments in football, basketball and baseball. He also covered University of Findlay NAIA National Championship football games in Oregon, Washington and Tennessee. In January of 2003 he represented WFIN at the Fiesta Bowl and at the AFC/NFL championship game last season. This past April Bob was inducted into the Hancock County Sports Hall of Fame.