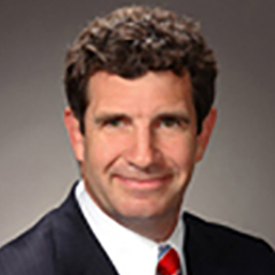 Steve Chappelear is a partner in one of the largest law firms in the country, Frost Brown Todd. He practices general litigation law in the firm’s Columbus, Ohio office. He has been consistently named to the Best Lawyers in America in commercial litigation, labor and employment litigation, intellectual property litigation, trust and estate litigation, and construction litigation. He has also been named by Ohio Super Lawyers as one of the top lawyers in Columbus, and in Ohio.

Steve was born on December 25, 1952, in Columbus, Ohio. He resided
on the Hilltop, living with his family on North Westgate Avenue and on South Terrace Avenue. At Westmoor Junior High School, Steve was the editor of the school newspaper, and was active in orchestra (clarinet) and drama. At West High School, he was on the newspaper and yearbook staffs, played in the orchestra, and was a member of the wrestling, track, and cross country teams. A third generation West High Cowboy, Steve was the eighth member of his family to attend the school.

After graduating in 1970, Steve attended The Ohio State University, where he majored in social psychology and minored in English. He competed on the Buckeye wrestling team and was recognized as a scholar-athlete. Steve worked his way through college at the Columbus “Citizen-Journal” newspaper as a circulation district manager. During college, Steve dated Sharon Starr, a 1970 Brookhaven High School graduate. They married the day after his graduation in June 1974. Steve then attended the OSU College of Law, where he won many top honors in the trial advocacy and moot court programs.

Steve’s law practice has been with three highly regarded law firms in Columbus: Kegler, Brown, Hill, and Ritter; Hahn Loeser, and Parks LLP; and Frost Brown Todd. He has been an avid volunteer in the legal profession, at his alma mater, and in the community.

He has been inducted as the “Outstanding American from the State of Ohio” in the Ohio Chapter of the National Wrestling Hall of Fame.

Steve has had four books, a law review article, and more than eighty articles published concerning jury trials and verdicts, trial procedure and tactics, and trial techniques. He has also presented lectures to other lawyers over 300 times on a wide variety of topics.

At Ohio State, he served on the OSU Alumni Board of Trustees, which included service as Vice-Chair, and Chair of several committees. He is past president of the OSU Moritz College of Law Alumni Association, and the OSU Men’s Varsity “O” Alumni Association. He is one of two alumni representatives to the OSU Athletic Council, and sits on the OSU Sports and Society Initiative Board of Advisors. He has been a mentor in programs at OSU and its law school, as well as to many young lawyers.

Steve has been presented with the OSU Moritz College of Law Community
Service Award, the Ohio Public Interest Law Foundation Pro Bono Award, the OSU Social and Behavioral Sciences Distinguished Alumni Service Award, and the OSU College of Arts and Sciences Distinguished Alumni Service Award. He is listed in Who’s Who in the Midwest, Who’s Who in America, and Who’s Who in the World, and he received the Marquis Who’s Who Lifetime Achievement Award.
In the community, in addition to regularly providing pro bono legal services to individuals who cannot afford them, Steve has volunteered at the food bank, with housing rehabilitation, and as an assistant high school wrestling coach. He also coached his children, Kacey and Chris, on their soccer teams.

In addition to the impressive compilation of professional achievements and service to the community, Steve organized an event in September 2015 in recognition of the 65th year anniversary of Charlie Company, of the United States Marine Corps, heading off to Korea. The 170 men in this unit fought with honor and distinction in the Korean War, including the terrible battle at the Chosin Reservoir. Many of the men in this unit were from West High School including Jack Kelly (Jan. 1949), Ken Mahan (1948), and Robin Schmidt (Jan.1949) to name a few. This first class ceremony was held at Fort Hayes, which was their training center. A plaque was installed at Fort Hayes to honor the service of the five local Marines from Charlie Company who were killed in action.