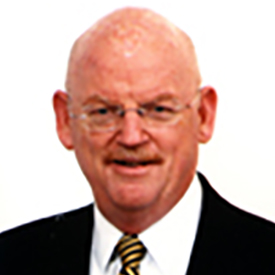 Dick was born in San Diego, California. His parents moved the family to Columbus when he was in the second grade. He attended West Broad Street Elementary School and later West High. He was active in Hillcrest Baptist Church. Dick worked after school and on weekends for his father, who had a small shop repairing and cleaning automatic air and gas nozzles, but he still found time to do fun things at church and school. He was fortunate to travel to the national Boy Scout Camp in Philmont, N.M., the National American Baptist Camp in Green Bay, WI, and Boys State in Athens, OH.

After graduating he attended Miami (OH) University where he also worked 20-30 hours a week at the University library. Because of the potential for travel and his interest in the escalating situation in Vietnam and the Far East, after graduation he applied for the Peace Corps. He was assigned to the Philippines where he taught mathematics at the Leyte Institute of Technology on the island of Leyte, famous for General Douglas McArthur’s beachhead in World War II.

Dick then accepted a full-time teaching position at The Ohio State University and finished his Masters Degree. During that time he switched his focus to economics as he realized his main interest was in international economic development. While pursuing a Ph.D. in the Department of Economics at Ohio State he received another Masters in Economics. About a year before finishing his Ph.D. requirements, including his econometric-oriented Ph.D. thesis on the economic development of the Venezuelan Manufacturing Sector, he accepted a full-time position at George Washington University, located in downtown Washington, D.C.

Subsequently he took a position as Chief Economist for the largest U.S. apparel manufacturing association. This job took him around the world as an advisor. Because of his interest in working with the economic development of Third World countries, he and his wife, Elizabeth, change routes. She joined the State Department as a foreign service officer. He resigned from his job and studied French intensely. They moved to French-speaking Abidjan, Ivory Coast with their two young daughters, Katherine and Stephanie. Dick began work as a private economic consultant for many (primarily French-speaking) West African countries.

By far his biggest challenge is his current job in Washington, D.C. as Senior Economic Advisor to the U.S. Government on Iraq reconstruction. He works on projects aimed at infrastructure development and economic governance in an effort to try to win the peace in Iraq and change the Iraqi economy from a socialist, statist Iraqi economic system into a modern, mixed market economy. His current number-one major concern is assisting in the transition of Iraq’s Oil-for-Food Program that will be transferred from the United Nations World Food Program to the Coalition Provisional Authority headed by Paul Bremer of the U.S. This program currently benefits nearly 27 million Iraqis, most of whom are completely dependent on the program for their food.