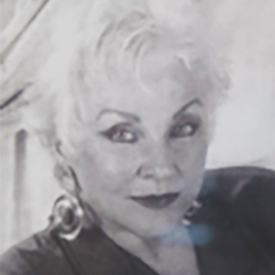 Since she came yodeling out of the hills of West Virginia, Judy Fenimore Bell has enjoyed an impressive career spanning nearly her entire life. Her grandmother used to pick her up and place her on the dining table, where she started singing and dancing – and waiting for the applause.
She found many opportunities to sing and dance during her years at West High School in Columbus, Ohio, where she was a featured performer in the numerous variety shows at the high school. Judy also served as the head majorette for the marching band and was a member of the school choir and girls’ quartet. She was graduated from West High in June of 1955.

The veteran songstress has played the lead in stage productions of Annie Get Your Gun, The Unsinkable Molly Brown and Lilly Langtry at Disneyland. She was nominated for Best Supporting Actress for her performance in Barefoot in the Park. Judy was the featured star of a documentary “Still Kicking,” for which she received a nomination for an Academy Award.

Her own musical comedy revue, The Judy Bell Show, was featured at the MGM hotels in Reno and Las Vegas, Harrah’s hotels in Lake Tahoe and Reno, the Flamingo, Sahara and Frontier hotels in Las Vegas and the Cinegrill at the Hollywood Roosevelt Hotel. The revue was voted the “Best Lounge Act” in Las Vegas for four years. Judy is currently starring in The Fabulous Palm Springs Follies where she is in her 15th year.

Judy has raised a son and a daughter and revels over her five grandchildren. Her son, Dan Bell, is a famous stuntman. Her daughter, Beverly Bond, owns and operates a day spa in Helena. Montana. Her grandson, Cody Kaufman, is a cadet at the West Point Military Academy.
Upon her selection to the Hall of Fame, Judy said, “I have lived a Cinderella life with more blessings than I would have ever thought.”