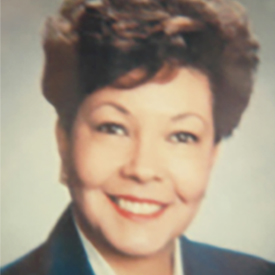 Anita Richmond Bunkley is a native of Columbus, Ohio, who now lives in Houston, Texas with her husband, Crawford. She has two grown daughters – Angela Caraway, a banking attorney in Houston, TX and Ramona Rajdev, a photographer in San Jose, California.
Anita is a multi-published author of historical fiction, contemporary fiction, romance, and non-fiction with fourteen published works to her credit.
She is a member of the Texas Institute of Letters and has been published by major publishing houses such as Penguin, USA, HarperCollins, Kensington, and Harlequin. Many of her books have appeared in Literary Guild, Doubleday Book Club, Black Expressions Book Club, and on a variety of bestseller lists in both hardcover and paperback.
She is represented by Denise Marcel Literary Agency, Inc. New York, NY. With so many years invested in the publishing industry, Anita understands the challenges that authors face, whether they are seasoned or a novice. For the past six years she has worked with many writers to help them shape their manuscripts for eventual publication by offering services in cover story concept assessment, revision consultation, line editing, and proofreading.
Before becoming a full time writer, Anita worked as a teacher of French, Spanish and ESL in Columbus, Charlotte NC and Houston, TX. For four years she was a writer in residence for Houston’s Writers in the Schools Program. She also held directorial positions with the Social Security Administration, the American Red Cross, and Youth for Understanding.

An NAACP IMAGE AWARD nominee, Anita Bunkley was voted one of the 50 favorite African American authors of the twentieth century by the on-line African American Literature Book Club. She is the 2007 winner of the Career Achievement Award in African American Fiction from Romantic Times magazine, the foremost trade magazine for writers of romance.
Anita speaks regularly at national conferences and has traveled to Cairo, Egypt to speak to the Egyptian Women’s Writers Association at Ains Sham University. She also conducts writers’ workshops and has toured with African American Women on Tour giving workshops on finding fulfillment in the workplace, the community and in ones personal life based on her book, STEPPIN OUT WITH ATTITUDE, Sister Sell Your Dream (HarperCollins).
Anita’s hobbies include travel, gardening, reading and creative fabric crafting. She was awarded a US Patent for her invention The Bathroom Valet and holds a trademark on the ReadEZ! Reading Pillow – a popular invention for avid readers.
Anita holds a Bachelor of Arts Degree from Mount Union College, Alliance, Ohio, in Spanish and French, and did post graduate work at The Ohio State University and El Instituto Tecnologio in Monterey, Mexico. Contact Anita at P.O. Box 821248 Houston, TX 77282 or e-mail /www.anitabunkley.com