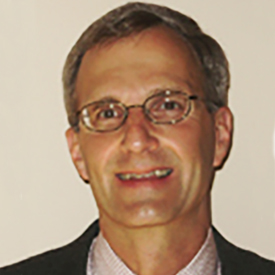 Dave Dobos has amassed a record of accomplishment and leadership both professionally and in public service within the greater Columbus community.
He has started and directed two companies, has served as a member and president of the Columbus Board of Education, has served on various community boards, and perhaps, most significantly, has counseled hundreds of West Columbus young people about the college admissions process. Professionally, Dave is president of Sheridan WorldWise, Inc., a supplier of science, mathematics, and instructional technology educational materials to schools and school districts. Sheridan WorldWise is the combination of two companies, one of which he started in 1995. Dave also was a principal and founder of Direct Micro, a provider of microcomputer-related products that was awarded Governor Voinovich’s Export Excellence Award in 1993. In that year, he was named to Business First Magazines inaugural 40 Under 40, a group of young Central Ohio business people considered the most influential of their age group. Dave was elected to the Columbus Board of Education in 1993 and reelected in 1997, serving as its vice president in 1999 and as president in 2000. While on the Board, Dave spearheaded school district reform policies concerning curriculum, student assignment, equity, and financing and budgeting. These policies helped stabilize what had been a generation-long decline in enrollment and ultimately contributed to the school districts two-level improvement on the state academic report card. Although the district and board members were often embroiled in distracting controversy, Dave’s circumspect demeanor, combined with his ability to work effectively in a diverse, dynamic environment (due to his westside upbringing), helped refocus the board on the important work at hand.

In the West Columbus community, Dave has served as president of the Hilltop Business Association, helping the organization place economic development as a top community priority. He also has served on the boards of the J. Ashburn, Jr., Youth Center and Homes on the Hill and as a member of the Greater Hilltop Area Commission. Dave also was the first treasurer of the West High School Alumni Association in 1991-92. In addition, Dave has served on two national committees for the Massachusetts Institute of Technology, from which he earned a degree in Economics in 1977. While a student at MIT, he was awarded the prestigious Karl Taylor Compton Prize for promoting high standards of excellence within the MIT community. Some of Dave’s most significant work, however, has been his volunteer counseling of high School students about college admissions and financial aid and preparation for the SAT and ACT. He literally has helped hundreds of Hilltop area young people seek and gain admission to college as well as maximize their scores on college entrance exams. Many have become the first in their families to attend college. While at West, Dave was a National Merit Commended Scholar, second in his class, student body president, a member of West’s award-winning In the Know team, a varsity athlete, and a musician selected to two all-state groups. Dave is married to Lora, a professor and administrator at The Ohio State University. They have two sons, Joseph (born 1997) and Alex (born 1998). The family resides in Dublin.