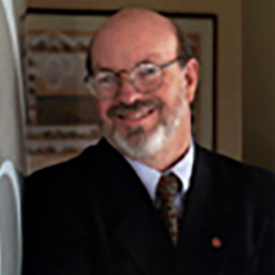 John Brent Bill (class of 1969) is the son of John and JoAnn (Shields) Bill (both class of 1947), Brent lived on the Hilltop until 1975. His sisters Kathleen (Bill) Kramer (class of 1972), Linda Bill (class of 1973), and Julie (Bill) Duff (class of 1975) are also graduates of West High School. Brent attended West Mound Street, Highland Avenue, and John Burroughs elementary schools and Hilltonia Junior High. While at West, Brent was active in Art League, Spanish Club, and Victorious Christian Youth. He also was one the managers for the reserve track team.

While he was at Earlham School of Religion, Brent served as pastor of Jericho Friends Meeting in Winchester, Indiana. After graduating with his Master’s degree from Earlham, Brent went on to work as Director of Christian Education and Youth at Western Yearly Meeting of Friends for seven years. During that time, he embarked on a publishing career that saw him writing five books, many magazine articles and columns.

After he left Western Yearly Meeting, Brent went to work for various United Way organizations in Indiana. As part of his work as a staff member of Project Giant Step of the Indiana Association of United Ways, he was the founding executive director of United Ways in Franklin, Jennings, and Scott counties. Each of those counties experienced exponential financial growth under his leadership and when he left that position he was awarded keys to the cities of North Vemon and Scottsburg.

In Muncie, Brent was active in civic affairs and continued his writing career. After his time at Friends Memorial Church ended, Brent assumed the executive vice presidency of the Indianapolis Center for Congregations. The Indianapolis Center for Congregations is a multi-million dollar project of Lilly Endowment, Inc. and is involved in consulting, education, and grant-making. Brent is the Chief Operating Officer and oversees the consulting and grant-making practices, the communications department, investments, and daily operations of this statewide organization.

Brent continues to be a prolific writer and photographer. To date, he has written, co-written, contributed to, or edited more than twenty books. His most popular titles include Holy Silence: The Gift of Quaker Spirituality, Sacred Compass: The Way of Spiritual Discernment, Rock and Roll: Proceed with Caution, and Lunch is My Favorite Subject. The latter title was the first in a series of light humor books for teens set in a fictitious high school based on West High School. His newest book, Awaken Your Senses: Exercises in Exploring the Wonder of God, is set for release in February 2012. One reviewer said of Brent’s writing that it is friendly, warm, and wise — “something like Mister Rogers Meets the Dalai Larrra.”

Brent specializes in black and white photography and his pictures have appeared in books and magazines around the world. Brent is listed in Indiana Children’s Book Authors and lllustrators, Contemporary Authors, Who’s Who in Religion and Who’s Who Among US Authors and Editors.