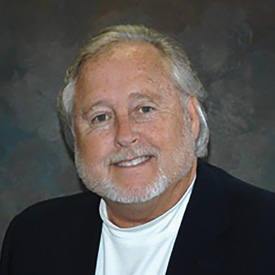 Danny enjoyed his years at West and was President of the Art League from 1969-1970. Following Danny’s graduation from West in 1970, he attended The Ohio State University. In June 1974, he graduated with a Bachelor of Arts Degree with a major in Fine Arts and a minor in Biology. During this time period, he married his high school sweetheart, Michelle Fitzer September 9,1972).  Danny continued his education at OSU, graduating with a degree of Doctor of Dental Surgery in June 1977.

Moving to Mechanicsburg, Ohio in July 1977, Danny started a private practice, Darby Dental Services.  In addition, in 1979 he returned to OSU College of Dentistry as a part-time Clinical Instructor holding that position until 1986.

In 1982, Danny began working with various Christian missionary organizations such as The International Mission Board of the Southern Baptist Convention.  From this time through the present, approximately sixty projects where medical/dental care was provided to people in Haiti, St. Vincent, St. Lucia, Granada, Barbados, Hungary, Romania, Russia, Argentina, China, Uganda, and Kenya. Danny became an ordained Deacon in 1983 and from 1983 -1992 he was a Trustee For the Southern Baptist Stewardship Commission. In addition, he was a Trustee for The Ohio Baptist Foundation from 1997- 2001 and from 2008 – 2012; Danny was a Trustee for the Midwestern Baptist Theological Seminary in Kansas City, Missouri.

Danny began seeing inner city homeless patients in 1983, which led to the development of “The Stowe Mission of Central Ohio”. The Mission was so named for Danny’s father, who had been a missionary for 31 years (starting churches across the United States) until his death in1981. The Mission began as a “soup kitchen/food pantry” to the homeless and working poor.  In 1983, Dr. Stowe began seeing patients with dental emergencies –  working out of the kitchen.  In 1986, the Mission was moved to a new location at Parsons and Standley and a two room dental clinic was completed. From this time through 1998, tremendous growth in ministry services to the inner city of Columbus occurred. Approximately, 75,000 meals being served, thousands of pounds of food yearly were being distributed, and other medical services were beginning to be offered to the community through the work of Stowe Mission.

Meanwhile, Dr. Stowe expanded his private practice of general dentistry to Urbana, Ohio and in 2004 another satellite office started in Bellefontaine, Ohio.

In 2008, Nationwide Children’s Hospital sold real estate to Stowe Mission at 888 South Parsons Avenue.  The ministries were expanded into a 35,000 sq. ft. remodeled facility, complete with a new dental clinic with seven treatment dental chairs, a commercial rated kitchen and dining area for 200 people, a vision clinic, and a crisis pregnancy clinic with ultrasound technology. In 2018, Stowe Mission served 150,000 meals and distributed thousands of pounds of dry and canned food.

While this expansion was going on, The Ohio State College of Dentistry (in 2012) asked Stowe Mission join them in the “Ohio Project” to provide a clinic location where 4th year Dental students could complete 70 hours of dental care to homeless and working poor in a pro bono setting. The partnership was entered into and Dr. Stowe became an “adjunct” Professor, overseeing these dental students.

Dr. Stowe sold his private practices and entered retirement in this area (private) in 2013.

In 2017, Stowe Mission entered into a partnership with Columbus State College of Dental Hygiene to provide cleanings and preventive services to people in the inner city.  This provided the senior students their clinical experiences needed for graduation, as well as vital care for the inner city population.

The Brighter Day Foundation, started by PGA golfer, Jason Day, selected the Stowe Mission as a Charity Partner in 2016.  The following years of 2017 and 2018, the Stowe Mission along with Habitat for Humanity and The James Cancer Research Hospital were selected as partners in Central Ohio.

Dr. Stowe has served as “Board Trustee” for the Champaign Residential Services Inc. (CRSI) since 2002. This is a multi-million dollar, non-profit State and Federally funded company providing day care and housing for Developmentally Delayed individuals all over Ohio. In addition, Danny has taught the Adult Bible Class at Dublin Baptist Church since 1979.

Danny has been married to his “awesome wife and partner”, Michelle, for 47 years, residing in Mechanicsburg, Ohio. They have three children. Daughter, Abigail, is a Dental Restoration Technician (EFDA) residing in Appleton, Wisconsin; son, Nathan, is the Director of Marching Bands at Pickerington Central High School, Pickerington, Ohio; and daughter, Emma, is the Funeral Director of Kendrick Funeral Home in Englewood, Ohio. They also have five amazing grandchildren.