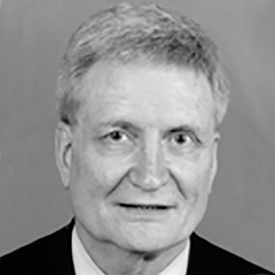 Ever since he was a student at West, Bruce Benton sought to make a difference in the world in some meaningful way. He graduated with a B.A. from Kalamazoo College in 1964. That led to a two-year stint in the Peace Corps in West Africa and the realization that the greatest contribution he could make was in improving the lives of the absolute poorest in the world – those living in the remote rural area of Africa on less than $1 a day. This led to a career in economic development.

From 1968 to 1971 he was an Escort-Interpreter for the U.S. State Department, where he escorted African officials in the United States. During this time he earned an M.A. in Economics from the University of Michigan in 1970 and an M.A. in International Relations from Johns Hopkins University in 1971.

He began work with the World Bank in 1982 as their Evaluation Officer. Since 1985 he has been the Manager of the World Bank’s Onchocerciasis Coordination Unit. Per Bruce, for the past sixteen years he has been extremely fortunate to manage, on behalf of the World Bank, two Riverblindness (Onchocerciasis) Control Programs, the largest and most successful health programs in Africa. Under his management the World Bank has mobilized $400 million from 27 donor countries and international agencies to enable Riverblindness programs to cover 30 countries in Africa, protecting 120 million people at risk of the disease. The West African Program has virtually eliminated Riverblindness throughout much of West Africa. They also launched the Central, East, and Southern African Program in 1995. The program currently supports 64 projects in 14 countries, treating 32 million people per annum. These programs have prevented more than one million cases of blindness and

resulted in an enormous increase in the productivity of those living in Africa’s rural areas.

There are an estimated 16 million people living in areas heavily infected with Riverblindness. It is the major cause of blindness in the Cameroon, Central African Republic, Chad, Nigeria, and Sudan. People who become blind due to Riverblindness live an average of eight years with blindness, and then die twelve years prematurely. The World Bank’s effort on Riverblindness has ensured 34 million people are protected from infection, an effort which has been spearheaded by Bruce.

In November 2000, the World Bank honored Bruce for his 15-year commitment to the elimination of Riverblindness in Africa. In 1997 he was named a Paul Harris Fellow by Rotary International. In 1988 he received the Distinguished Alumni Award from Kalamazoo College.

Bruce feels he is truly privileged to have a totally fulfilling career which he loves. Furthermore, he hopes he is demonstrating to his four wonderful children that contributing to the betterment of the lives of the most disadvantaged in the world is one of the most noble and genuinely satisfying pursuits in life.

He thanks his wife, Patricia, and their children Brandon 15, Darren 14, Brook 10, and Dawn 6, for giving him complete support in his endeavor. It hasn’t been easy for them when he is logging so many miles overseas and away from home for long stretches of time. The Benton family lives in Bethesda, Maryland.