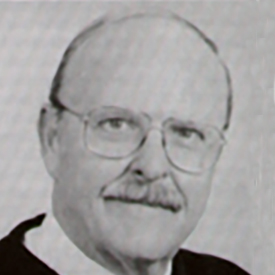 Graham was a Senior Partner with Graham, Dutro, & Nemeth, Attorneys At Law from 1969-1986. He was nominated by President Ronald Reagan for appointment as United States District Judge, for the Southern District of Ohio, in August, 1986. His nomination was approved by unanimous vote of the Senate Judiciary Committee in September, 1986, and by the full Senate that same month. He assumed his duties November 17, 1986.

He is a member of the Columbus Bar Association and a Fellow of the AmericanCollege of Trial Lawyers. Graham feels he has a calling to mentor inner city youth through the After School Program (ASP).

Graham includes among his hobbies collecting artifacts and documents of the Civil War and restoring vintage sports cars. He is married to Louise, a 1959 graduate of Central High School, and they have four children and five grandchildren