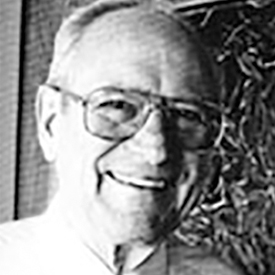 I was born in Columbus, Ohio on the Historic Hilltop at 123 N. Ogden. I went to school at West Broad Elementary, West Junior High and West High graduating in Jan. 1946. I am very indebted to excellent teachers at West High who forced the basic skills on me, a less than receptive student, and gave me a foundation for success in the future.
I played basketball at West and led the city in scoring, and that got me an invitation to play basketball at Ohio State. I first took time out to serve in the Army during 1947 and 1948. On my discharge I enrolled at Ohio State where I played basketball from 1948-1951. I was captain in 1951. There were three Ohio State captains who played at West High. I was the first in 1951, Dick Furry was next in 1960, the National Championship Team, and Michael Redd in 1999, who currently plays for the Milwaukee Bucks in the pros. I have donated a basketball scholarship to Ohio State University as a thank you for my college education and basketball experience. Basketball has been a bridge to many events in my life.
On graduating from Ohio State, I started teaching and coaching at Pemberville High in Pemberville, Ohio. I coached basketball and track and taught in the Social Studies department. After two years, I accepted a two-year contract at a larger school, Anthony Wayne High School, in Waterville, Ohio. I coached football and basketball and taught Social Studies.
During the summer I decided to drive my new car to California to visit two West High grads who had moved there the year before. They were Mike and Ron Burgoon. While there Joy Bliss, another West High grad, arranged a blind date with Nancy Weller. We were married at Christmas and returned to Ohio to finish the school year there. In the following summer we returned to California and I accepted a job at California High School in the Whittier Union High School District. I resigned from Anthony Wayne and we moved to Whittier. I coached basketball and golf at Calhi. My basketball teams won more than 70% of their games while winning six league championships in 13 years, the first ever for the school. My golf team won 11 titles in 13 years and won the C.I.F. championship in 1962. These titles also were the first for the school. One of those golfers, John Jacobs, is still playing on the Champions Tour. I retired from coaching and moved into the Guidance Office and then to Career Counseling in a Career Center I established.

I resigned in the late 70 ‘s and bought a real estate office in Whittier and ran that for 12 years. The following ten years I taught real estate to new people in the business while still working with past clients. I retired in 2001.
My volunteer work included approximately 15 golf tournaments I organized for Easter Seals and Muscular Sclerosis where we raised thousands of dollars. I also managed the golf tournament for the Big Ten Club of Southern California and served on their board. I have raised money for the East Whittier YMCA, rung the bell for the Salvation Army, and done volunteer work for the Heart Association and Cancer Society.
For the last 11 years I have represented my city, La Habra Heights, as a trustee for the LA County Vector Control District, and I currently deliver Meals on Wheels with my daughter while serving on their board.
I wrote a book about the volunteer advance work I did for Presidents Ford, Bush and Reagan in the 70s and 80s. It is called “Advance to History” and is available on Amazon.com. I had 42 assignments over 13 years with eight of them in foreign countries. I wrote about the humorous events that happened to these famous people. It is not about policy or politics. All the proceeds I receive from the sale of the book will be donated to the National Foundation for Cancer Research in honor of my wife who died from cancer in 2003. I have had a wonderful life with a quality lady at my side for 50 years, two children still within a mile of my home, two grandchildren, also in Whittier.
I have been away from Columbus for a long time but, on return, I am treated like I was never away. It’s such a bonus to maintain friendships with so many good people from West High and Columbus. Being part of the West High Western Reunion has helped maintain those friendships.
I am honored to be included in the outstanding list of West High grads who are currently in the Hall of Fame. It’s wonderful to be listed with Dr. Richard Slager, a former teammate, and Joe Caligiuri, a former classmate. I’m very pleased the committee feels I am worthy of this outstanding honor.