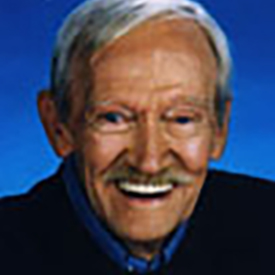 Ted Manson was born October 23, 1926, at 719 Livingston Avenue. At age one made my escape to the Hilltop. At age 10, my mother, Margaret, my brother, Donald, and I moved with a wonderful stepfather, Fred Bowman, to 686 Racine Avenue.
Schools I attended were John Burroughs Elementary, West Junior and Senior High Schools, where I had some remarkable teachers, including Carl Snowden Kennedy, the best engineering drawing teacher in the state – as his students proved in competitions.
Graduated from West in January 1944. Entered the U. S. Navy in February 1944. Honorably discharged in July 1946. College at John Carroll University and The Ohio State University.
Married a North High Graduate (!!!) Carol Noel. I have three children, daughters Valerie and Stephanie and son Philip and three amazing grandchildren, Will, Jon and Sierra.
Spent many years in construction, working for the Klingbeil Company, Jim Trueman (Red Roof Inns), and as an independent general contractor. In the late 50’s and early 60’s I acted at Players’ Club and Stadium Theatre with an inspirational mentor, Dr. Roy Bowen, after whom a theatre at Ohio State is named. Two of my favorite roles at those venues were Biff in “Death of a Salesman” and Johnny, the lead in the musical “A Tree Grows in Brooklyn.”
Got into movies quite by accident. Living in Atlanta since 1970, I saw an ad for a community theater play audition. Got the part and was offered the lead in their next production. After twenty years away from the stage, I was really scared. But the leading lady was a pro and helped me along.

One night she brought her agent who asked if I would like to do some commercial work. I said, “heck yeah!” Since then I have had speaking parts in more than fifty movies. Sometimes one or two lines, sometimes sizeable roles such as Colonel Murphy in “Sweet Home Alabama,” Chip in “Talladega Nights,” and Mr. Daws in the yet-to-be-released Brad Pitt movie, “The Curious Case of Benjamin Button.”
The movie business has allowed me to devote time helping poor children in Sonora, Mexico. The smiles when I visit make it all worthwhile. This year, 2007, I have worked in five movies and I am looking forward to more. I have worked with Oscar winners Clint Eastwood, Susan Sarandon, and Reese Witherspoon, and I got to dance with Diane Lane, wow! I am having a lot of fun.
Title character: Feature Films, Elizabethtown – Sad Joe, Major League III – Skip, Midnight in the Garden… – Passerby, Last Dance – Judge Borman, Fried Green Tomatoes – Bailiff, Gordy – Henry Royce, Untitled Will Ferrell Movie – Chip, Runaway Jury – Pulaski.
Television films: Snow Wonder – Pastor Lindquist, Matlock: The Hunting Party – Ed Tucker, Murder in Mississippi – Jailer, North and South – Dr. Sapp.
Series: The Cape – Jerry, Second Noah – Doc, Heat of the Night – Sam Byrnes.

Update: We were saddened by the news that Ted Manson died June 1, 2008 at the age of 81.
In December 2008 his last movie, “The Curious Case of Benjamin Button” was released and has been nominated for several awards. Ted had a funny line in the movie, which he repeated several times, saying “Did I tell you I was struck by lighting seven times!”