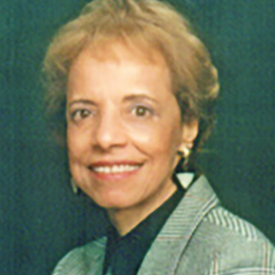 Evelyn Cardwell Jones was born on April 22,1924 and passed away on July 1, 2014 at the age of 90. She was married for 30 years to Raymond Wesley Jones. They had three children: Adorea, Linda, and Ray Jr.
Evelyn enjoyed being a student at West High School and participated in many activities. She was a member of the National Honor Society, Vice-President of the French Club, as well as being a member of the Debate Club, Student Council, and the “L” Society. (Literary Society members are chosen on the basis of scholarship by maintaining a 3.5 average at the end of one and a half years of high school. Every member must join one of four groups of interest: music, dramatics, art, or debating. They must also possess high qualities of character and be leaders in school activities. Information taken from yearbooks dated 1937 to 1939.) She was also a Room President for the Class of 1940, a Room Welfare Chairman, a Class Night Usher, and was on the Senior Class Financial Committee (dramatics group). In addition, she attended a Vocational Conference, participated in the District and State French Scholarship Contest, and the General Scholarship Contest. Evelyn was the proud Valedictorian of her Class of 1942.

After being a very accomplished student at West, Evelyn chose to attend The Ohio State University and earned a Bachelor of Science Degree in Accounting. While at OSU she became a member of Alpha Kappa Alpha Sorority. This was the first Greek-lettered sorority established by African-American college women for college-educated women. (The sorority was founded on January 15, 1908 at the historically black Howard University in Washington, D.C., by a group of sixteen students led by Ethel Hedgeman Lyle. Forming a sorority broke barriers for African-American women in areas where they had little power or authority, due to a lack of opportunities for minorities and women in the early 20th century. Alpha Kappa Alpha was incorporated on January 29, 1913.)

After receiving her degree from The Ohio State University, Evelyn found difficulty in finding a job in her field. Eventually, she decided to join the Columbus Police Department, which was a little unusual for a female at that time. She started as a street patrol officer before moving to the position of Police Detective, which also must have been an anomaly at that time for a female, especially a black female. She was actually one of seven policewomen, eventually being assigned to the Police Juvenile Bureau. Notably, they were all permitted to carry guns! Of course, they had all received the appropriate training to use them, if needed. One remarkable “event” during her police career, occurred in 1960 when she was working as an Undercover Detective. She arrested a burly man on child neglect charges and when she apprehended him he said, “You don’t think I’m going to let a woman arrest me, do you?” Per an article published by The Columbus Dispatch on March 6,1960 about the arrest, Mrs. Jones answered the man’s threatening query by jerking open her purse and pulling out a .38-caliber, five shot revolver. “When I showed him the ‘equalizer,’ he decided to cooperate,” the policewoman recalled. The article included a picture of her holding her gun above her purse.

Evelyn eventually left the Columbus Police Department to pursue a teaching career in elementary education, a job she qualified for at that time. She got a job with Columbus City Schools, starting as a kindergarten teacher. Her personality, knowledge, and

integrity allowed her to rise quickly through the Columbus City Schools ranks. She taught at several elementary schools, eventually becoming a Visiting Teacher. This allowed her to become familiar with the students and staff at many of the Columbus elementary schools. This position could be compared to the job of a Social Worker in theschools today. In this position, Evelyn checked on and helped students that needed any type of assistance. Evelyn founded the Arts Impact Program in Columbus City Schools, which exposed students to the Arts and inspired greater interest in career possibilities in the Arts field. Because of her accomplishments within the school system, she was advanced at the elementary level to the position of Elementary Principal. Once again her excellent service was recognized, and she was elevated to the position of Executive Director over all (106) Columbus City Elementary Schools. Along the way, she earned a Masters of Arts Degree from The Ohio State University. In addition, she started teaching at the college level, becoming an Adjunct Professor at Capital University.

Being a well-rounded person, her “free time” was spent reading, painting, fishing, and boating. Playing cards with her bridge club friends for 50 years brought her great enjoyment, as well. Evelyn especially enjoyed activities with the Columbus Chapter of “The CARATS”. The name CARATS stands for: CHARMING individuals; ACTIVELY involved in our organization and our communities; RESPONSIBLE women; APPRECIATIVE of our heritage; TRUTHFUL and SINCERE in their endeavors. The CARATS, Incorporated is a national organization comprised of 15 chapters with more than 350 distinguished and accomplished women who are dedicated to community service and charitable giving initiatives. (The mission of CARATS, Incorporated is to promote civic, educational, and social involvement in local communities. The organization, annually, contributes to a local charity in the city of one of its 15 chapters.)