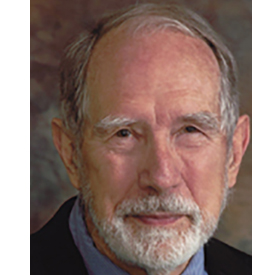 While attending West High School, Jack participated in several activities. He was an Occident photographer for three years, a Reg. Room President for two years, played on the baseball team for three years (never first string, though), and attended Boys’ State. In addition, he played in the All-Ohio Band, played in the Band Variety Show for three years, and was active in Student Council. He was inducted into the National Honor Society and as a senior, was voted “Most Intelligent.” Jack also achieved the rank of Eagle Scout in the Boy Scouts.

Jack received his B.S., M.S., and his PhD. in Chemical Engineering from the Case Institute of Technology, now known as Case Western Reserve University (1954-1961). He worked for NASA in Cleveland for seven years (1961-1968). Three of those years he served on active duty in the Air Force as a researcher with NASA. He then taught at the University of Houston, Texas from 1968-1978. From 1978-2011, he was a professor at The University of Texas, Cockrell School of Engineering.

Jack has co-authored a textbook in his area of research that has made it through its 5th edition and is now working on a 6th edition. It was first published in 1972 and is considered to be the classic work in engineering radiative transfer. This textbook has been translated into German, Russian, and is presently being translated into Chinese.

Jack considers the following to be his most important technical awards: being elected to the U.S. National Academy of Engineering (NAE), being elected to the Russian Academy of Science, and being awarded Honorary Membership in the American Society of Mechanical Engineers (ASME) in December, 2013. In June 2013, Dr. Howell received the first Elsevier/Journal of Quantitative Spectroscopy and Radiative Transfer (JQSRT) Poynting Award on Radiative Transfer in Kusadasi, Turkey.

He now serves on an NAE committee to monitor progress in the destruction of U.S. chemical weapons stockpiles. The committee keeps track of progress and makes recommendations on safety at the two remaining facilities.

Although formally retired, Jack continues to do some research work. As retirement projects, he has published three technical history books: The Lost Cotton Gins of Central Texas, The Traveling Technonerd: World Travels, and Visits for the Technically Inclined, and Faded Texas Industries: A Photo Essay.

Jack states his most notable contribution is having three children, three grandchildren, and a really happy marriage.