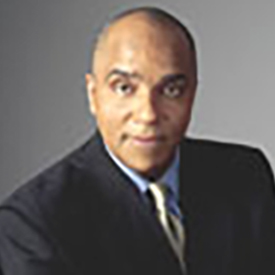 Joe Johns is a CNN correspondent based in the network’s Washington, D.C., bureau. Johns joined CNN as a congressional correspondent in January 2004 after covering Capitol Hill for NBC News for more than 10 years. He reports on government accountability, waste and fraud for Anderson Cooper 360 and other programs throughout the network. As part of the Peabody Award-winning “Best Political Team on Television,” Johns also played a key role in CNN’s America Votes 2008 coverage.

At the Capitol, Johns has covered numerous debates about legislation, the impeachment of former President Bill Clinton, the anthrax mailings following the Sept. 11 terrorist attacks and recent developments on the U.S. Supreme Court, including the death of Chief Justice Warren Rehnquist and retirement of Justice Sandra Day O’Connor. He also broke the story of House Majority Leader Tom DeLay’s first indictment on conspiracy charges.

Johns provided in-depth reporting on the Sago Mine disaster in January 2006. He covered the entire “Beltway Sniper” saga from the first shootings to the arrests of two suspects and was among the NBC Nightly News team to receive an Edward R. Murrow Award from the Radio-Television News Directors Association for the reports. Johns reporting has also included the White House and the Pentagon.

In 1996, he covered Clinton’s historic tour of Africa and followed first lady Hillary Clinton on a seven-nation visit to central Europe. In 1994, he traveled to Haiti with Marines ordered by Clinton to assist in that country’s transition from a dictatorship to a democracy. More recently, Johns attended the first boot camp for war correspondents at Quantico and Norfolk Naval Station in Virginia.

Johns first came to Washington, D.C., in 1983 when he joined WRC-TV, an NBC affiliate. There, he won an Emmy for a spot news piece on the violent tactics of the Nation of Islam to rid a district neighborhood of drugs.

Before joining WRC-TV, Johns was a reporter at WSOC-TV, Charlotte, N.C. He began his TV career as a reporter and anchor in 1980 at WSAZ-TV in Huntington, W.Va.

Johns is the recipient of two National Association of Black Journalists Salute to Excellence awards. He was honored first in 2005 for a profile on lynching survivor James Cameron and then again in 2007 for a series of pieces on environmental injustice. He also contributed to CNN’s Emmy award-winning Election Night coverage in 2006.

Johns is a former chairman of the executive committee of Correspondents of the Congressional Radio and Television Galleries and president of the Radio and Television Correspondents’ Association. He is also a member of the board of Marshall University’s Yeager Scholars, of the Howard University School of Communications Board of Visitors and D.C. Law Students in Court. He holds a bachelor of arts degree in political science from Marshall University in Huntington and a law degree from American University.

Johns spent much of his childhood engaged in recreational and educational activities at the J. Ashburn Jr. Youth Center, which honored him in 2008 with its Speaker’s Award.

At West High, he was president of Student Council and a member of the varsity football team. As a senior he won the discus throw at the State Track and Field Meet. The honor of which he is most proud from his high school days was being elected governor of Boys State in 1974.