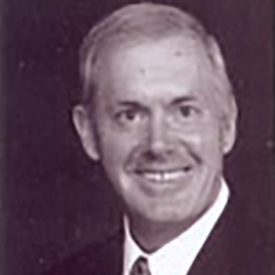 Dave was born on June 14, 1946, and his first home was in the 300 block of South Harris Avenue, only two blocks east of West High School. He attended John Burroughs Elementary, then Wilson Elementary, a county school, then went to Binns Elementary for his sixth year. Hilltonia Junior High was next, then on to West High for those memorable sophomore through senior years.

The three sports that caught his attention were track, football and wrestling, in which he never starred, but enjoyed the team work and learned from the discipline and even the disappointments. The only wrestling match his father got to watch was the time he finally earned the varsity spot at 154 pounds. Dave’s opponent in that inaugural varsity start was a two time state champion from Upper Arlington! One of his wrestling buddies kept telling Dave’s dad, “Dave is really better than this, Mr. Holdren. The guy he is wrestling is just really good!”

The best part of his West High school experience included the friends, figuring out where you were in the social structure, the classroom antics, the teachers (now much better appreciated), and even the aromas of the building and of course the more stunning memories, such as the announcement over the public address system that President Kennedy had been shot and feared dead. That event helped define the early Boomer generation. The announcement came during his geometry class.

Election to senior class president was a more significant honor to Dave than others probably realized. Since religious convictions kept him out of some of the parties and ominous gatherings, Dave felt a bit on the outside of even the crowd he hung with at school, so being elected leader was a big deal affirmation.

After graduation in 1964, Dave planned to attend Ohio State for an electrical engineering degree, but veered up north to attend a small college for one year. During that time, he sensed a nudge in a different direction, namely vocational ministry to become a pastor. After four years of college in Michigan, he took three more to complete his seminary degree at Asbury Theological, in Wilmore, Kentucky. Following that, he and wife, Marlene and first daughter, Marsha, headed to Athens, Ohio, for their first church assignment. For the next eleven years their leadership was rewarded with the development of a strong and growing congregation that remains one of the strongest churches in Athens County.

In the early 80s, Dave served his denomination, The Wesleyan Church, as its Executive Editor of Curriculum and Director of Leadership Development. He and his family, now including second daughter, Amy, returned to Columbus to serve the Cypress Wesleyan Church, Dave’s home church where he first served as its janitor when he was thirteen. From 1985 to 2000 the Holdrens enjoyed a great ministry on the West Side as the church grew from an average attendance of 250 to over 1700.

During his pastoral ministry, Dave served on a wide variety of boards, wrote a book on Bible study techniques, a commentary on New Testament books, and many chapters for the Dialog Study series. He was privileged to serve as adjunct professor at two universities and was elected to the Athens City School Board. He served on the Boards of Trustees of two Wesleyan colleges and currently serves on the Board of Trustees of the Asbury Theological Seminary.

Life is not all work, however. Dave has been a racquetball and motorcycle enthusiast for years, and began riding dirt bikes at 53 years of age…which was not a great idea. He currently camps, hikes, and yes, still rips around on the quads and a dirt bike, all for the sake of his grandsons, of course.

Along the way, Indiana Wesleyan University and Houghton College both presented Dave with honorary doctorate degrees. Since Dave could not get his wife to call him Dr. Dave, he suggested that with two master’s degrees, maybe she could refer to him as…well, that didn’t work either. In 2000, Dave’s denomination elected him to be one of only three General Superintendents, world-wide. He was the only one at this top level to ever be elected directly from the role of a pastor. For the next five years, he adjusted to traveling the world and giving leadership to the 5,000 church movement.

Everything changed, however, the day before Mother’s Day, 2005. The whole family was planning to drive that morning to Dave and Marlene’s Indianapolis home for Mother’s Day weekend. Their daughter, Marsha, called in obvious grief and trauma, saying that her husband Steve was on the floor of the basement, dead. He had taken his own life as a result of a disastrous business reversal. The decisions that followed were out of deep sadness, but were not difficult. Dave resigned his leadership role, and he and Marlene moved back to Columbus to be available as needed, especially helping with grandchildren and other necessary tasks. Fortunately, the church Dave left five years earlier hired him to be principal of the church school and to serve as executive pastor, which is managing the church behind the scenes. In his own words, “I am grateful to be back in my home town with my wife, my family and friends.

My mind is never far from my roots at West High. It was always one of my highest honors to have a classmate attend the church I served. The goodness and grace of God have been my life force. The honor of serving in the name of Jesus Christ and working with people has brought me a deep sense of gratitude and fulfillment. I have been blessed and I hope to yet bring some blessing to the lives of others.”